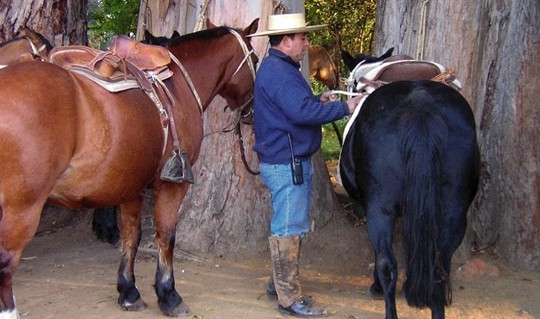 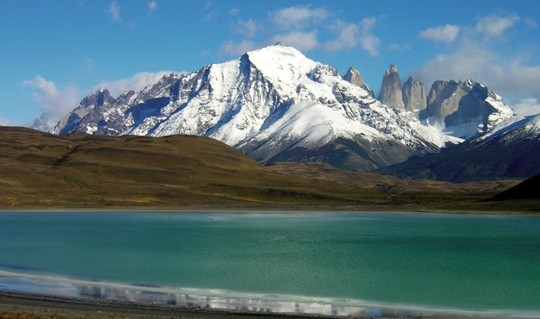 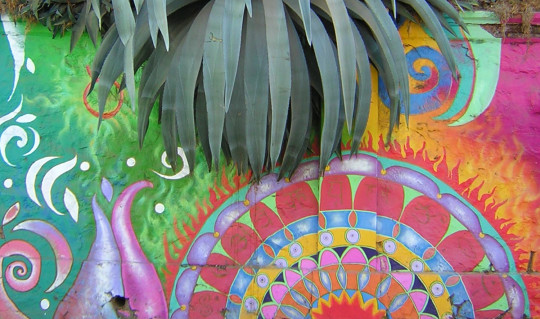 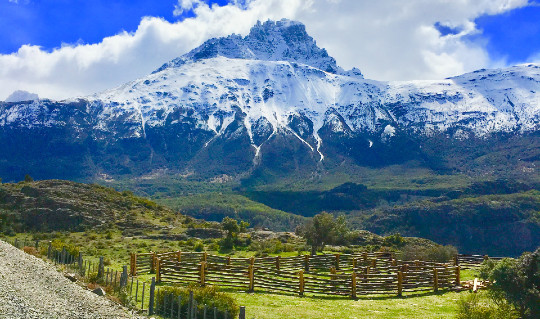 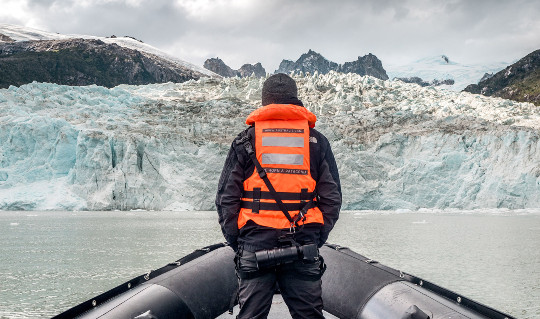 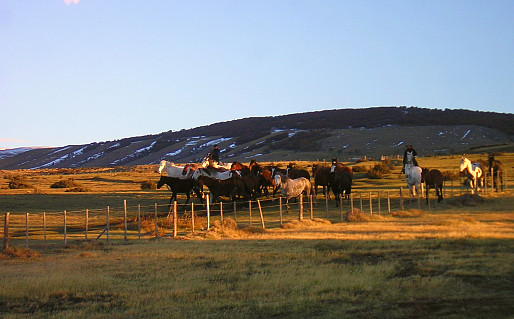 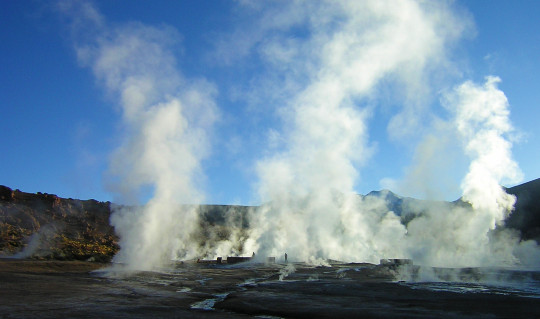 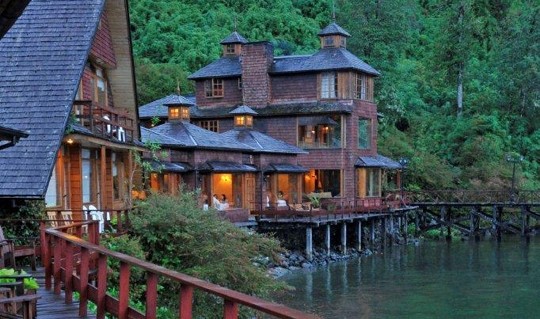 “The cool turquoise waters of the infinity pool danced and sparkled in the sunlight — a rather incongruous sight considering I had just arrived in the world’s most arid desert. The Atacama is an extraordinary region of thermal activity; endless horizons and snow-topped volcanoes stretching over 1,000km from the Peruvian border.

I was lucky to be staying at the newly-opened Tierra Atacama, a series of sublime low mud-walled rooms with outside showers, natural slate floors, four-poster beds and a scattering of local rugs, close to the desert town of San Pedro de Atacama. What a place to start my two week journey through Chile. The main focus of a stay here is the series of fascinating excursions deep into the heart of the desert. I loved the extraordinary crusted salt flats at Laguna Chaxas where the reflection of Chilean and Andean flamingos melded with the snow-capped peaks of long extinct volcanoes. I marvelled at the hissing steam geysers at El Tatio where bubbling craters suddenly erupt, shooting great jets of steam high into the sky. Then to the thermal springs where I sank into body-temperature natural pools, lined with abundant pampas grass, hoping that the thermal properties might work their magic and leave me looking ten years younger! At night, I sat out by open log fires to enjoy the extraordinary starlit skies and never had the Milky Way seemed so close. I left the earthy red tones of the Atacama with a memory of sunset at Valle de La Luna. Here the endless horizons are broken only by the distinctive silhouettes of volcanic craters. In this unforgettable moonscape, the massive sand dunes and rocky ridges afforded unimaginable views of the surrounding peaks as the sun dipped below the horizon to bring night to the desert.

I was soon to discover that this was to be a journey of contrasts and surprises. Some four hours after leaving Atacama, I found myself in the colourful UNESCO-protected city of Valparaiso in central Chile. I wandered up the steep narrow streets underneath majestic colonial houses and took the ancient funicular from hill to port where the solid grey warships of the Chilean Navy dominated the harbour. Here I found delightful boutique hotels, each with terraced gardens and pools overlooking the coast.

A short drive down the coast and I entered the wine region with its perfect climate and picturesque hillsides steeped in vines. Touring the wineries was fascinating, with the obligatory tasting sending you merrily on your way and nights spent on gorgeous family-owned estates in the opulent surroundings of their private ‘casa’ or guest house. I also had plenty of opportunities to indulge my love of riding, be it an early morning trot around the wineries before sun-up, or later further south in the wild remote surroundings of Southern Chile’s Patagonia National Park. Here I enjoyed an exhilarating gallop rounding up the wild horses on the estancia where I stayed. The homestead’s 90,000 hectares straddles both Argentina and Chile and made a memorable base for my few days in the Park. I was lucky with the weather and the excitement was intense as I woke to clear skies and watched the sun rising over the famous towers of the Torres del Paine Massif.

The remote and barren landscape of the Torres Del Paine National Park reminded me a little of my ‘back yard’ at home — an almost total absence of trees and the lowland vegetation and coarse grasses looked not dissimilar to Dartmoor, but there was no comparison to be found with the extraordinary bulk of the Paine Massif whose granite towers dominate the skyline. Time and again I found myself drawn to its immense beauty. I took a memorable half-day trip across Lago Grey, first by zodiac boat and then by a small expedition boat to the head of the glacier. It was a day of colour — the red of the life-jackets against the cobalt blue of the glacier snout and an ever present backdrop of the grey snow-topped ‘cuernos’ or horns of the Paine towers. I was glad to have brought my binoculars to indulge my love of birdlife — upland geese, the ostrich-like rheas, crested caracaras and black-necked swans — to name but a few of our sightings.

I am so drawn to wilderness areas that I had expected Torres Del Paine to be the highlight of the trip, but Chile had one final gem to uncover. After a three hour charter flight in a tiny twin prop aircraft which bucked and bounced over the jagged mountains of the Andes, parting clouds revealing the dots of ships far below in the Beagle Channel, I found myself in the Chilean Naval Base of Puerto Williams. There is a quite serious rivalry between the Chileans and Argentineans, as Ushuaia is regularly ‘sold’ as the southernmost town of South America, but I’m afraid I had to side with Chile! Puerto Williams is a tiny island — the southernmost inhabited landmass, unless you count the family who man the lighthouse of Cape Horn. We drove for two hours along its length and saw two cars! At the far end we walked down to the jetty into a tranquil bay where a beautiful wooden-hulled schooner was at anchor awaiting our arrival. Heading along the Beagle Channel, our superb knowledgeable anthropologist on board (who studied for 27 years in the area) enthralled us with his stories of the indigenous Yamana Indians who were first exposed to the outside world by among others, Charles Darwin. They lived naked year-round and existed on a diet of sea-lions and mussels and covered themselves in blubber and seal fat to keep out the cold.

It was an extraordinary and fascinating day, topped off with a delicious barbeque on deck — great hunks of tender Chilean steak and the obligatory glass or two of Chilean red. In the gathering storm clouds we dashed down the short airstrip once more with just enough time for a figure of eight fly-past and to tip our hats to the Cape Horn lighthouse keeper.

My only regret — there wasn’t time on this trip to head on down to the icy waters of the Antarctic. …There is a legend here — if you kiss the toe of the Indian’s statue in the main square of Punta Arenas, you will return — Let it be so!”