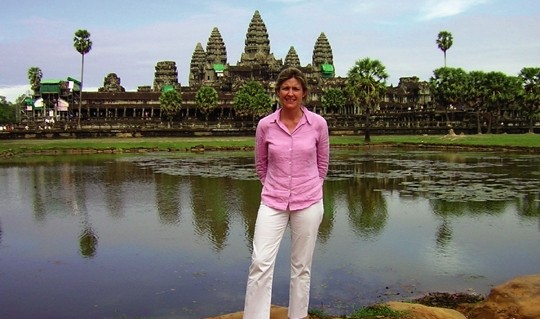 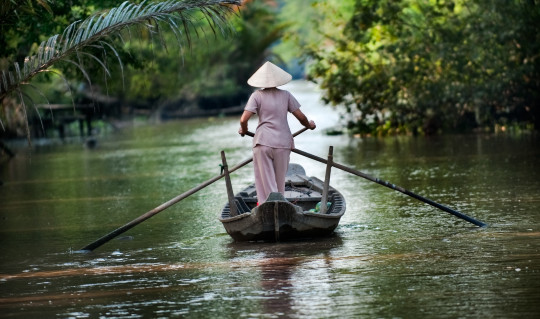 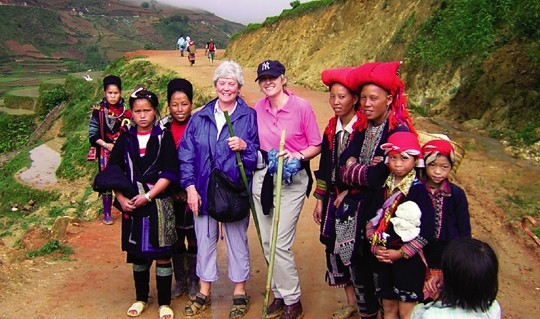 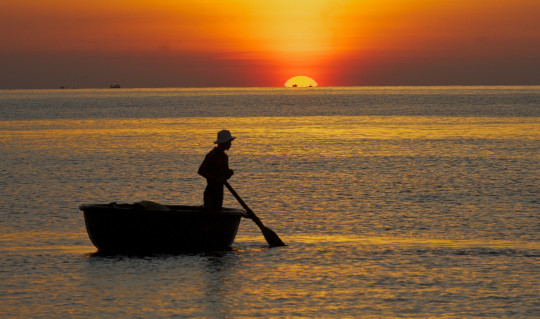 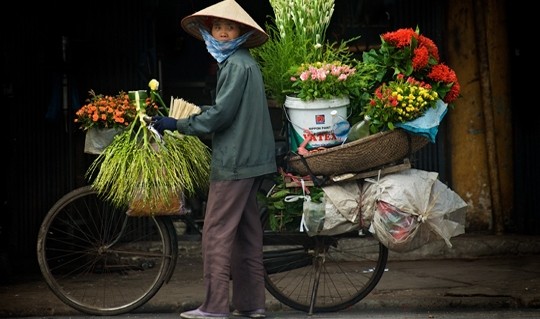 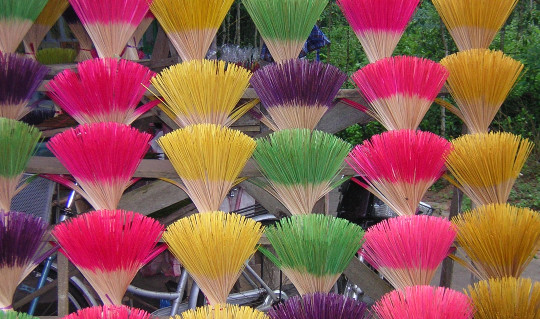 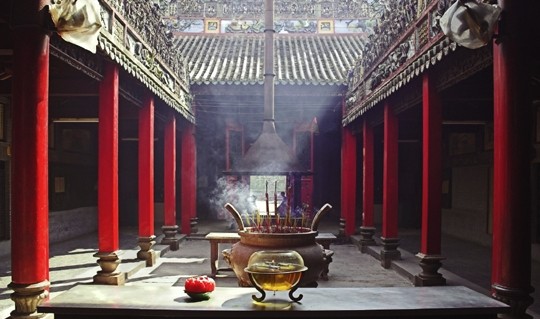 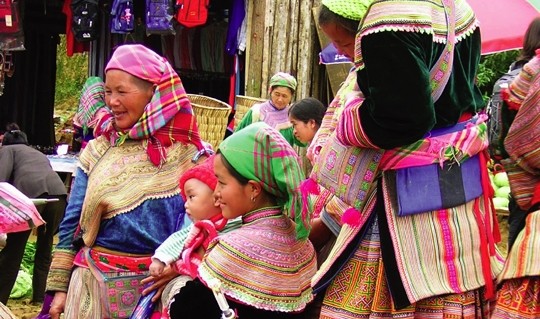 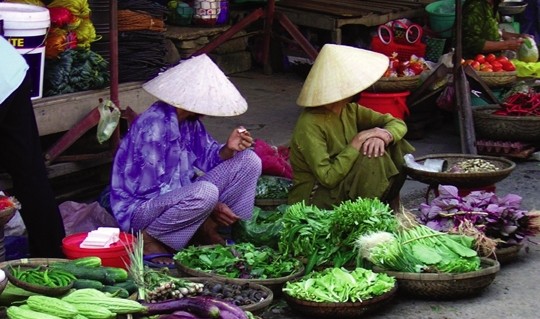 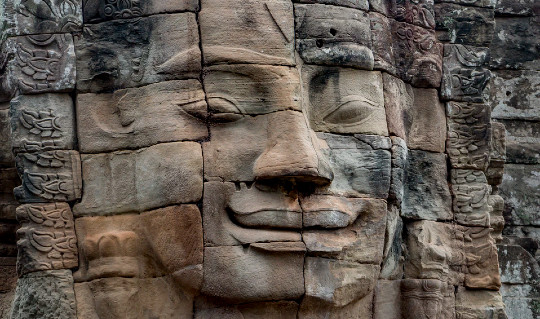 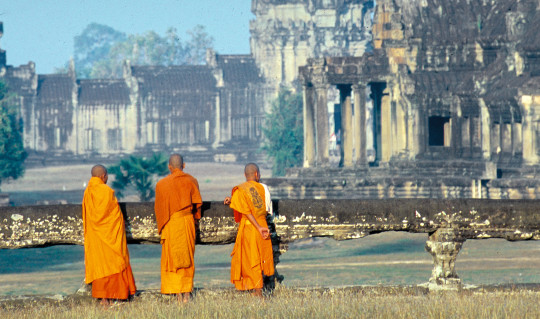 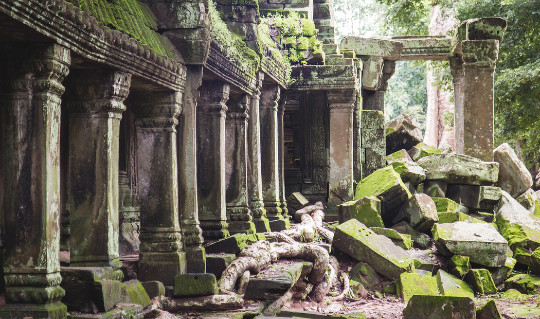 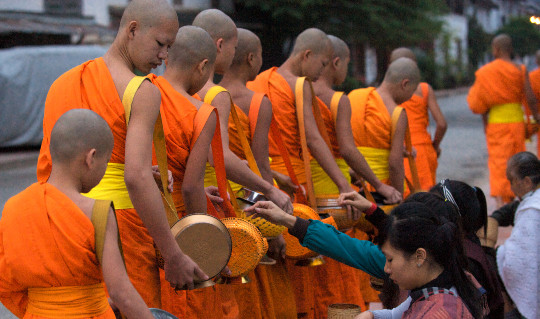 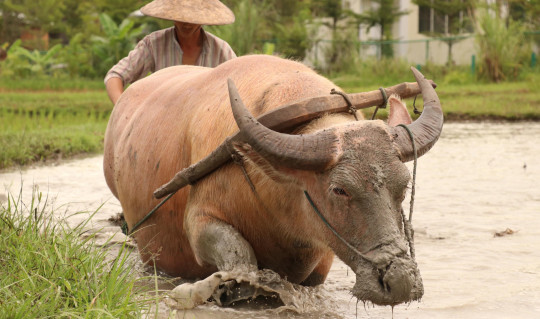 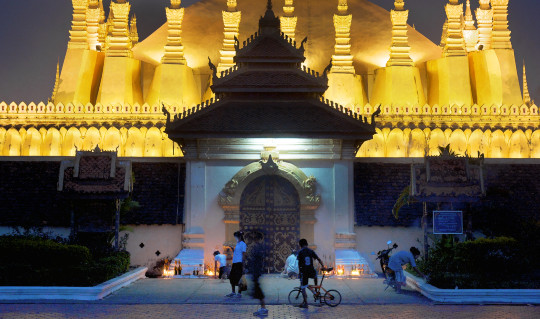 “More than one hundred saffron-robed monks, strolling serenely down the road in the early dawn silently taking alms from the local people, will be an enduring memory of my magical visit to Laos, Vietnam and Cambodia.

With its magnificent gold leaf and mosaic temples, elegant French colonial buildings, busy night markets and gentle pace, my days in Laos were filled with a colourful cross-section of life. Everywhere you are met by the friendly Lao greeting “Sayabadea” — with the palms pressed together and an open smile. Lao cuisine is an important part of any trip to the country and the visitor is spoilt for choice — delicious spicy curries and flavoursome soups, stuffed bamboo, sticky rice, deep-fried shrimps and fresh mango salads.

All too soon, my sojourn in this simple but charming country was over and a short flight brought me to Hanoi, capital of Vietnam. The uniformed officials at the international airport seemed to promise a sterner atmosphere than the warmth of our Lao friends, but it wasn’t long before Hanoi began to work its charms. I soon found myself on an exhilarating ‘cyclo’ (rickshaw) ride through the narrow streets of the ancient quarter where pavement sellers and old ladies wearing traditional bamboo cone-shaped hats and fruit baskets slung from yokes jostled for position among overflowing kite stalls and speeding mopeds. The mustard-yellow French architecture of the grand Presidential Palace was a striking contrast to Ho Chi Minh’s simple cottage in the grounds. Even the unsmiling guards in Ho Chi Minh’s mausoleum cast a spell on our line as we filed into the dark chill interior of his tomb.

Over the days that followed I had many more wonderful experiences, including a memorable day spent on a Chinese fishing junk in Halong Bay, where limestone outcrops provide a glorious backdrop for a feast of fresh king prawns, stuffed crabs and stir-fried calamari, washed down with icy cold Halida, the local beer.

The luxurious overnight Victoria Express train with its mahogany and brass interior was a very comfortable way to arrive in Sapa, a former French hill station in the rugged mountains of northern Vietnam. In the grip of a tremendous thunderstorm, we set out on foot to explore some of the numerous ethnic settlements which scatter the countryside and ended in the colourful night market, packed with unusual embroideries and tasty food stalls.

Central Vietnam offered still more delights, including the incredible Imperial Tombs of the kings of the last dynasty and the Citadel — an extraordinary complex modelled on Beijing’s Forbidden City with moats, lily ponds, serene temples and walls more than 20 metres thick. My favourite day was in the ancient town of Hoi An, cut off from civilisation by destroyed railway lines and a silted river, untouched by war and frozen in time. There I spent many happy hours strolling past colourful stalls festooned with lanterns and lacquerwork and tailors’ shops bursting with beautiful silks, not to mention sitting in one of the many atmospheric restaurants to watch the world go by. Particularly memorable was the morning biking through the lush green Hoi An countryside with its water buffaloes, fish farms, rice being harvested in the paddies, the brilliant blue flash of a kingfisher, ducklings paddling down to the lagoon and an ever-changing view of the locals in their houses, simply getting on with daily life.

From there it was just a short air-hop to Ho Chi Minh City in the south of the country. Here I visited the extraordinary Cu Chi tunnels — an underground rabbit-warren of narrow tunnels, opening into meeting rooms, hospitals and smokeless kitchens where the Vietcong lived a hard but long undetected life during the Vietnam War.

My journey would not have been complete without visiting Cambodia. Phnom Penh, its attractive capital, was full of surprises — from the silver tiled floor of the main pagoda in the City Palace to the vibrant riverfront cafes and elegant hotels. Without a doubt though, the prize for the most amazing day of sightseeing goes to the magnificent temples at Angkor. In temperatures of up to 35 degrees centigrade we scaled extensive terraces marvelling at the delicate bas-relief carvings depicting the minutiae of life some 900 years ago, clambering through doorway after doorway into courtyards where the grasping roots of banyan trees coiled themselves like sleeping snakes over broken pillars and leaning arches. The grand finale was a steep climb up 40 or 50 or so near-vertical steps to look out over the vast complex of Angkor Wat and beyond to the Cambodian jungle topped by the setting sun.

It was my last day and I’d go back tomorrow like a shot.”