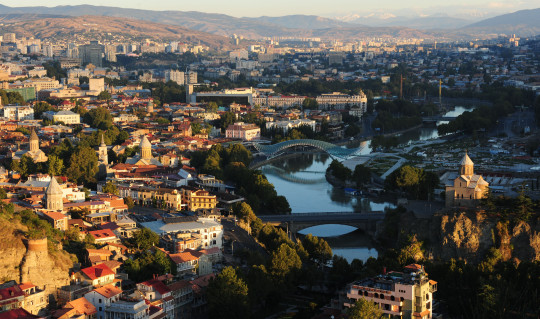 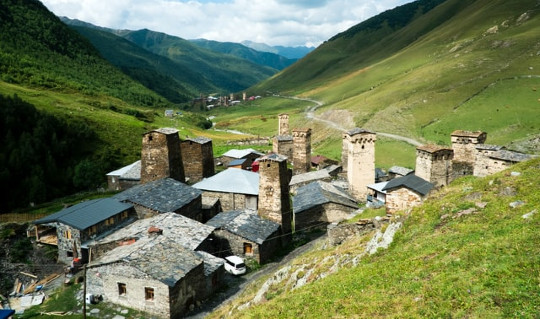 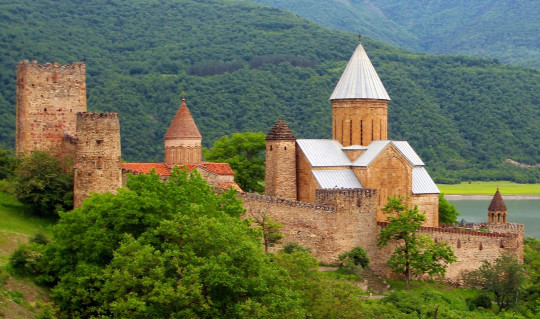 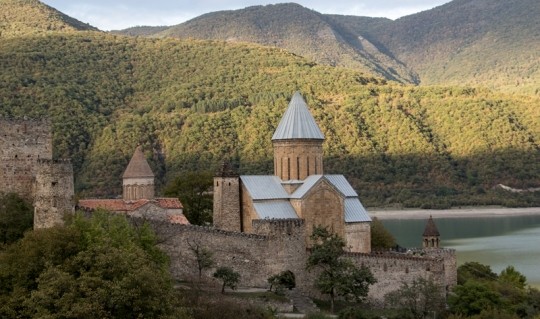 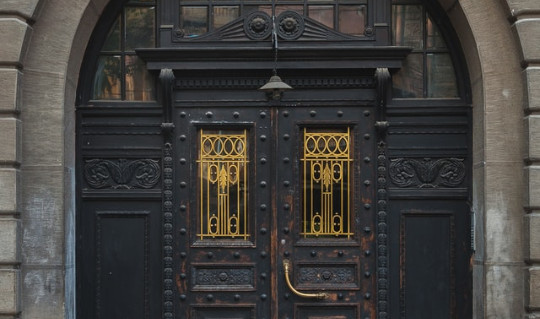 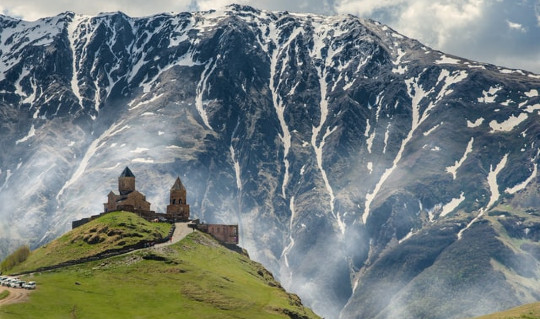 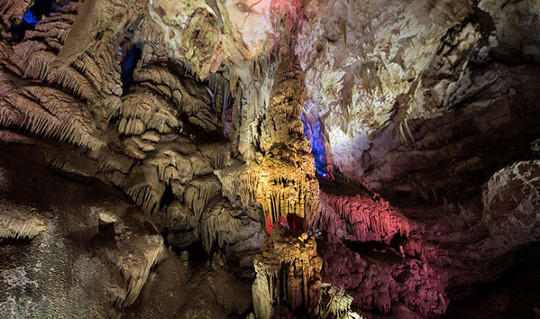 A land of legends, the Republic of Georgia is defined by its turbulent, convoluted history, rich cultural traditions, friendly people and incomparable scenery. It’s Europe, but being at the interface between Turkey and Russia it feels very different, having at various times been occupied or controlled by the ancient Greeks, Arabs, Mongols, Ottoman Turks, Persians and Russians.

The landscape of the Greater Caucasus is one of spectacular fortresses, ancient settlements and churches dotted against a dramatic backdrop of some of the tallest mountains in Europe. Tbilisi, the buzzing capital, is a paradise for architecture lovers, the Old Town contrasting sharply with iconic Soviet era buildings and startling modern constructions.

Endlessly fascinating, Georgia is one of the oldest wine producers in the world, with evidence of viticulture in the Kakheti region as far back as the 5th century BC.  Georgian folk music, and the various forms of haunting polyphonic singing, is world-renowned and acknowledged by UNESCO to be ‘a masterpiece of the world’s intangible cultural heritage’. There is also much of recent history to experience at Gori, Stalin’s birthplace.

We suggest either a 10 day trip or a 12-15 day discovery tour combining Georgia with both Armenia and Azerbaijan. Our English speaking local guides are superb, we have excellent transport and can gain exceptional access to museums, palaces and monasteries. 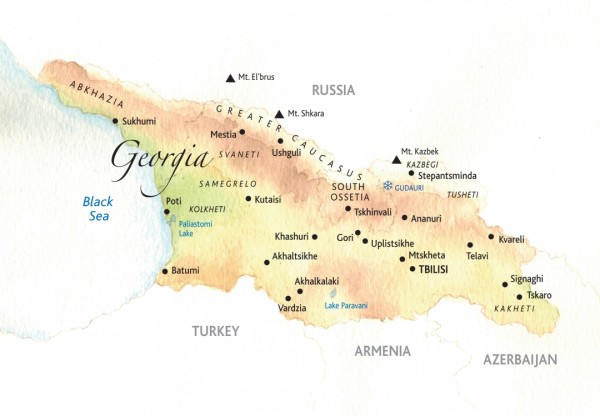 “In Georgia we loved Svaneti and the hiking, and our Ushguli highlight was a 45 minute walk towards the Bezingi Wall and Shkhara, Georgia’s highest mountain.  Mount Ararat follows you like a shadow virtually everywhere in Armenia.  Our Armenian guide was really good. The fountains in Yerevan choreographed to music were a magical post-2018 Velvet Revolution antidote to the poignancy of the genocide memorial and museum earlier in the day. The day trips from Yerevan to the monasteries worked well and some delightful, imaginative cafes and restaurants provided memorable culinary highlights.”
Graham and Sue Bell, Georgia and Armenia

“Georgia is an engaging mixture of stunning scenery, ancient beautiful orthodox churches, medieval castles, interesting wine and strong local cultures with a background of both the Soviet and Russian empires.  While service is not always its strongest point, you found us a good driver and guide who were knowledgeable and easy company.  For a civilised but out of the way trip, Georgia rates highly.  Thank you for putting it together for us.  Quite a fascinating destination and we are very pleased we chose to do it.”
Andrew and Judy Given, Georgia

“We had an amazing time, the local reps were very good, but if there’s one thing that we would change, it would be to have slightly more autonomy and a few more non-guided days without the constant fact delivery.  I would highly recommend both Rooms Hotels – the nicest places we stayed.  We will definitely come back to you in the future.”
Helen Walter, Georgia and Armenia

“The Kakheti wine area, including Gremi, the Nekresi monastery and Tsinandali estate was probably our favourite experience. There was something magical about going for a swim, surrounded by vineyards that could almost have been in France or Italy, but knowing that beyond the hills the other side of the Alazani Valley lay Chechnya and Dagestan.  Gori is also a must. Restaurants were a bit hit and miss – the salads are divine and you can live on them alone, but meat/fish cooking didn’t always hit the spot, though somehow it never really mattered that much.”
Graham and Sue Bell, Georgia

BEST TIME TO GO: May to mid-November.  May, June, September and October are the best months as it is neither excessively hot nor cold and the days are mostly clear and sunny. The area around Tbilisi is hot and humid in high summer but the mountains are pleasant.  Spring can be wet, so pack a waterproof to be on the safe side. In fact a raincoat and jacket are always handy as the weather in the mountains can vary a lot.

DID YOU KNOW: The legend of Jason and the Argonauts’ search for the Golden Fleece is thought to be based on an actual voyage made 3,500 years ago to the kingdom of Colchis in the Svaneti region where gold was panned from rivers using sheepskins.

READ: The Caucasus: An Introduction by Thomas de Waal; Georgia in the Mountains of Poetry by Peter Nasmyth; Tasting Georgia: A Food and Wine Journey in the Caucasus by Carla Capalbo; Eastward to Tartary by Robert D Kaplan; Bread and Ashes by Tony Anderson.