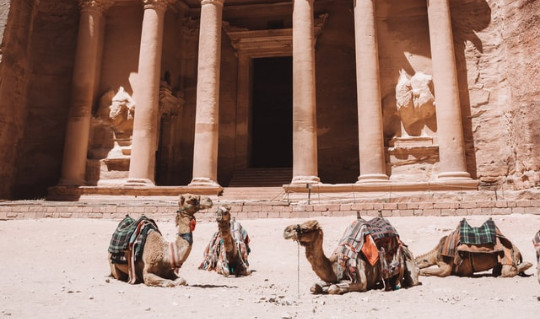 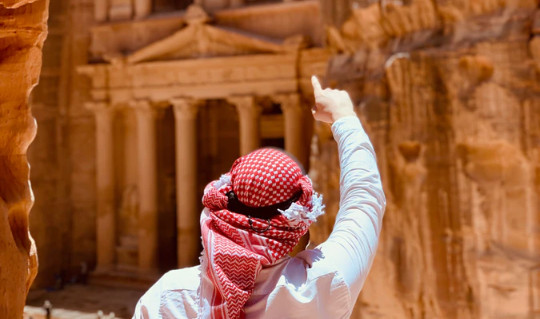 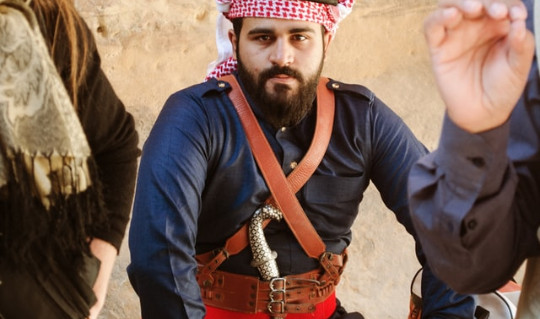 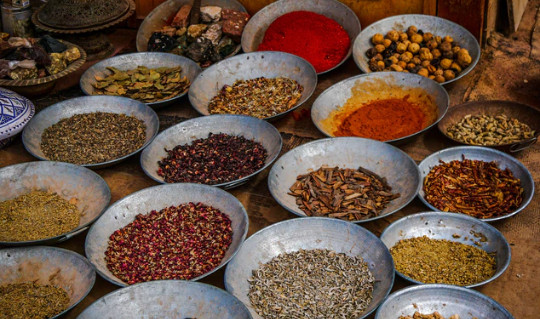 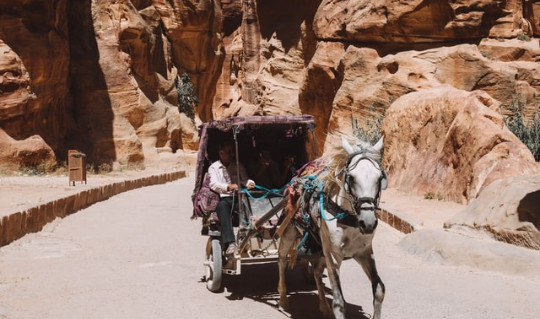 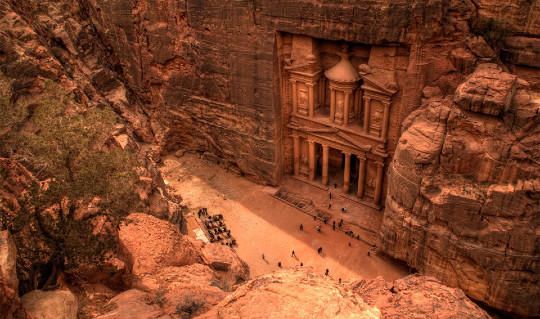 Here we highlight just one day of Peter’s journey in this excerpt from his diary.

25 February 2004. “We left the hotel at 7.30am for Petra. The entrance gate is a kilometre from the start of the Siq. The Siq is a gully of about 400 metres through rugged stratified rock and the sides rise on both sides to as high as 100 metres and vary in width from about three metres to seven metres. At peak times of the year with horse drawn carriages (which Philip, our guide, called chariots), donkeys carrying the overweight and so many people, I can imagine the crowd becomes quite congested.

Suddenly, we see our first view of the Treasury ahead through the narrow slit of the Siq. Apart from being the best known building in Petra it is really dramatic. The full effect of its grandeur is felt as you clear the Siq. The morning sunshine makes the façade very dramatic with its detailed carving. The Treasury is a misnomer as the legend was that pirate treasures were stored behind the façade, however none have ever been found.

After seeing all we wanted we went on down a gentle decline in the valley which opened out before us. We wandered around a Roman amphitheatre, which is said to have held 3000 people. Then we picked up our donkeys to take us to the Monastery up 800 steps. The saddles have a metal hold on the front to help riders. This experience saved us time and energy in the heat and was rather fun except my beast rubbed my knee hard against a rock! The Monastery is yet another dramatic façade on multi-coloured rock, which was built in 300 AD. We lunched in the shade of a juniper tree then back down on foot seeing great views as we descended the 800 steps. Finally the long walk back to the entrance passing the Treasury in quite different light — a long and exhausting day, but a real pinnacle of our trip.”