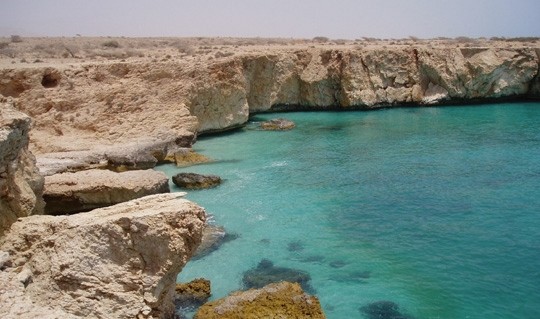 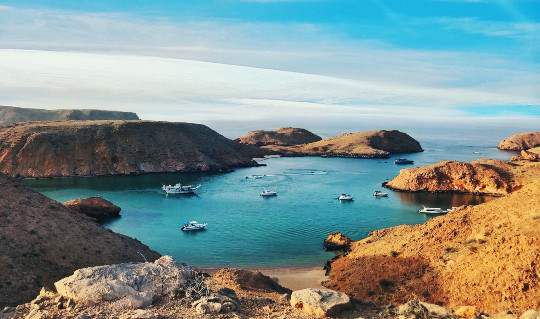 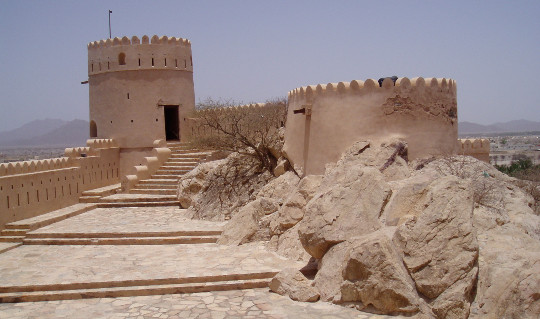 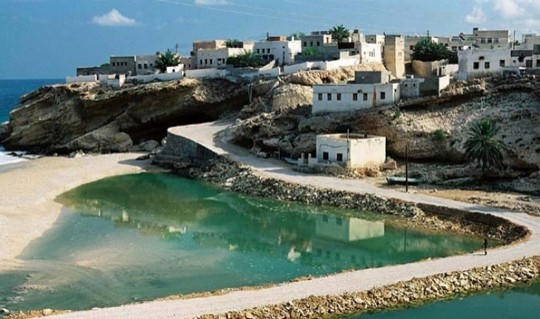 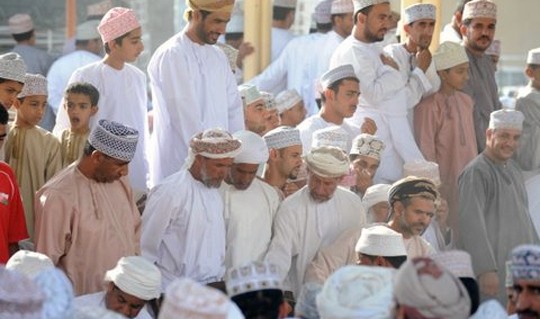 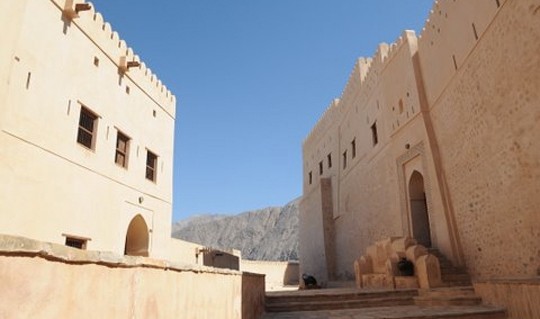 “We did enjoy Oman. Scenically stunning, with the desert, the incredibly dramatic mountains of massive geological plates, the blue sky and sea, and every now and then the deep green of date palms and other trees in the wadis. And of course the architecture — with stark old forts, and fortified towns of mud brick houses blending into the rocks, with even the more modern architecture respectful of the traditional style.

The food was much more than passable (which was all we’d been expecting). It’s also rather nice to be in a place where the overwhelming majority of people wear traditional clothes. I took some great pictures at the livestock auction in Nizwa, standing above the crowd and taking collages of their hats/turbans, and the occasional interesting face.

And the people. This is a place where men present themselves as just that, with a firm handshake and a very direct look in your eyes, and the women are, sadly, largely invisible to a man, i.e. me. Two exceptions: We visited a bedouin camp, where two daughters of the house (late teens/early twenties) were happy to sit with us and talk with complete self confidence and comfort (apparently not unusual in bedouin society); and then in the business class departure lounge at Muscat, when I found myself sitting among five veiled women (they had joined me, not vice versa). They very kindly woke me up when they thought I was sleeping past my departure time, and then chatted happily with me.

I’d like to go back one day. Salalah and Musandam would be good, and the oryxes. Maybe in my next life. A wonderful experience, thanks so much — a huge success as ever”.