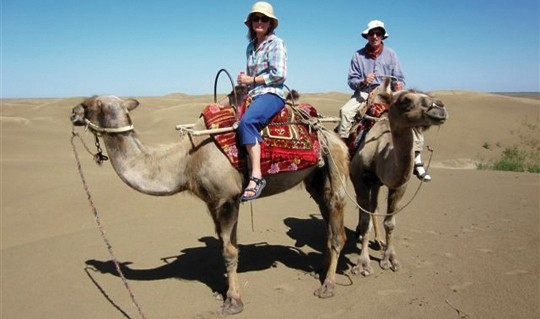 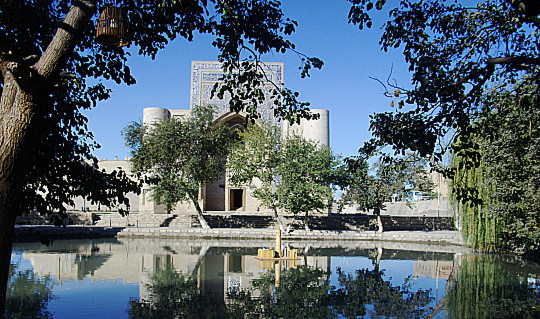 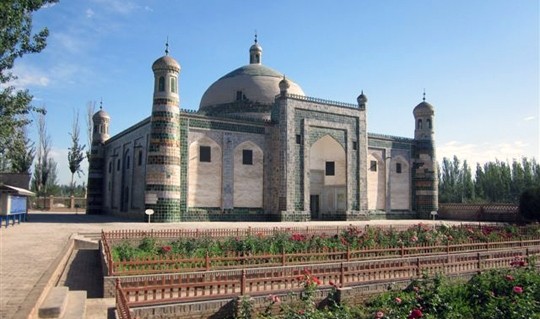 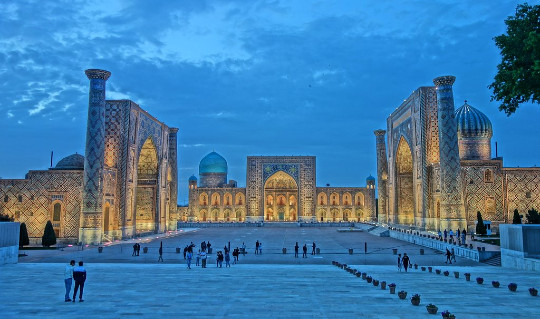 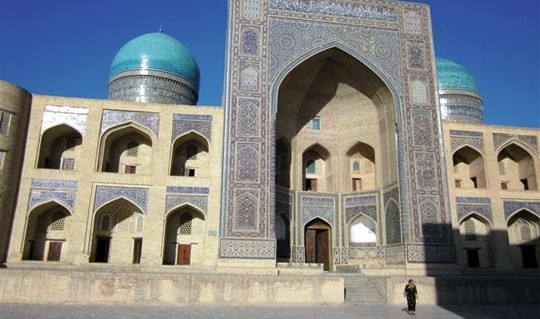 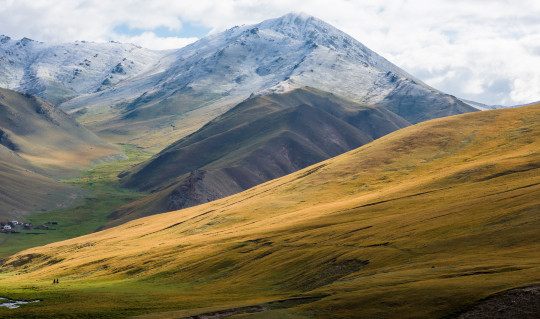 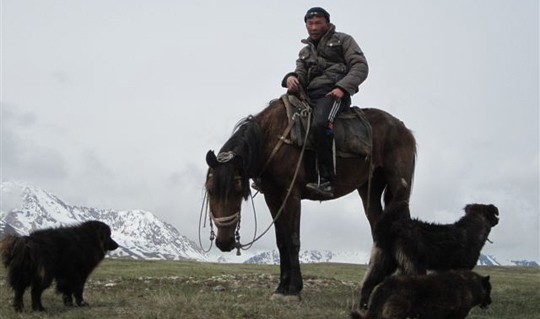 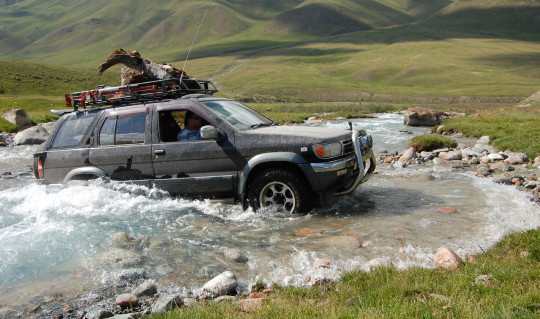 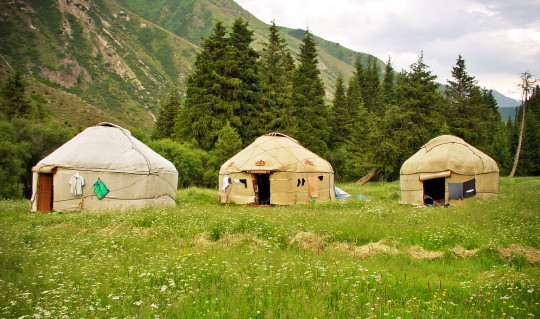 In Summer 2010 our intrepid clients Rob and Jane Aylott took the journey of a lifetime along the Silk Route, starting in Azerbaijan, crossing the Caspian by ferry and travelling through Turkmenistan, Uzbekistan, Tajikistan, Kyrgyzstan, the Uighur Autonomous Region of Western China and Kazakhstan. They journeyed by local ferry, drove through deserts and over windswept mountain passes, crossed borders and even avoided a state of emergency during the troubles in Southern Kyrgyzstan. “A life-changing experience” was their verdict.  Here are some diary notes from just one day in Kyrgyzstan.

Tuesday, 15 June
“We left Bishkek and headed east on the road up the Chuy Valley and over the mountains to Lake Issyk-Kol and Karakol. Golden valley with potatoes, wheat, very fertile dark soil, poplar trees bordering the road and fields. High mountains to the south, all snow-topped…

Our first stop is the Burana town, raised mounds are all that is left of the ancient citadel of Balasagun founded by the Sodgians, with a minaret, 11th century, restored by the Russians in the 1950’s. Nearby is a field with a collection of Balbals, 6th to 10th century Turkic tomb stones, with faces and some holding cups. The little museum opened up for us, inside were 11th century Christian carvings, Buddhist remains and Chinese coins.  One realises that most of the important finds were spirited away to St Petersburg long ago.

Passed a funeral –  the body is kept in a yurt – all men no women. All the way up the Chuy River valley – Kazak on the other side of the river. The ruler of Kyrgyzstan in 1860 sold the now Kazak side to Kazakhstan for forty women … which the Kyrgyz wish he hadn’t!!

River rafting – green mountains. Through Boömskoe Canyon, Shoestring Gorge which climbs into the Alatau– howling wind funnelling up it – snow doesn’t lie here because of the wind. Then down to Lake Issyk-Kol and we drive along the north shore. Such a beautiful lake, it is hard to believe this oasis of warmth and sunshine.

Fields of winter hay scattered with the beautiful blue of Lucerne. Barley for the cattle and fruit trees. We passed a road leading over the mountains to Kazakhstan, abandoned before it was finished – probably built during the Soviet time and money ran out. Holiday houses along the road – very popular with Russians and Kazakhs.

An old Moscovitch car with two sofas on the roof !! Blue paintwork everywhere. Stalls by the roadside – baskets, smoked fish and honey, animal skins and furs.

About half way along the northern shore is the strange area of glacial boulders or stones, many with pictures of long horned ibex, deer and one with a hunter on a horse, the images are scratched or picked into the strange black surface of the rock, almost as if the surface of the rocks had been burnt, amazing that they have not weathered away. Strangely all the images face south, they date from the later Bronze Age (1500 BC) pre-dating the Kyrgyz peoples. A very ire place as if there are ancient haunted spirits. I have just read that the Saka priests used the site for sacrifices and other rites to the sun god – their settlement is now under the lake.” 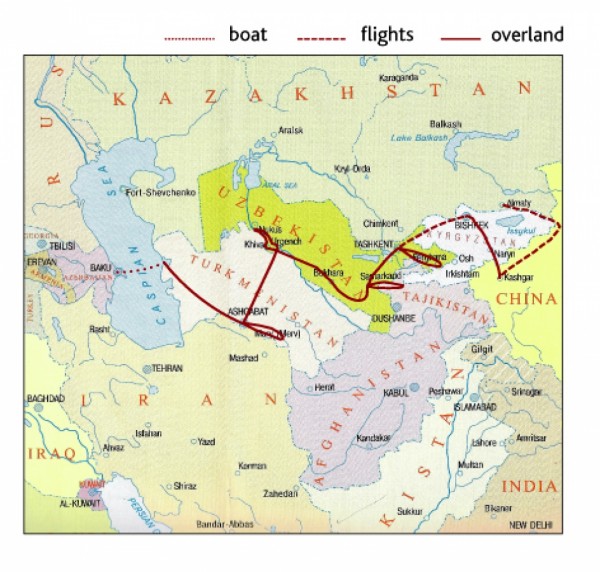