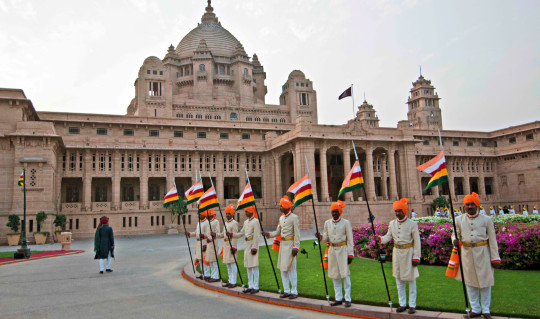 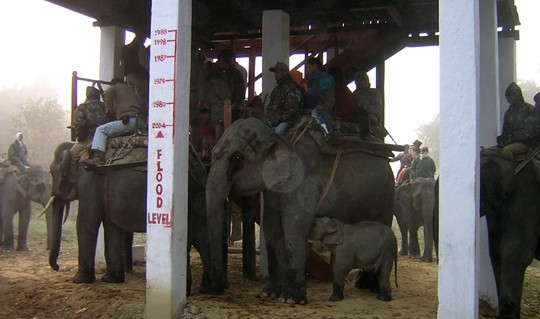 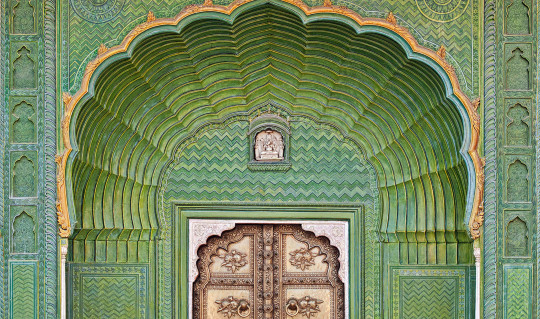 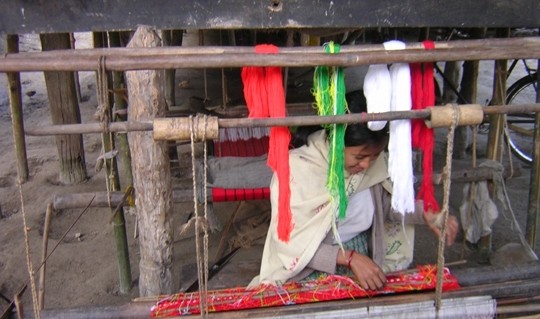 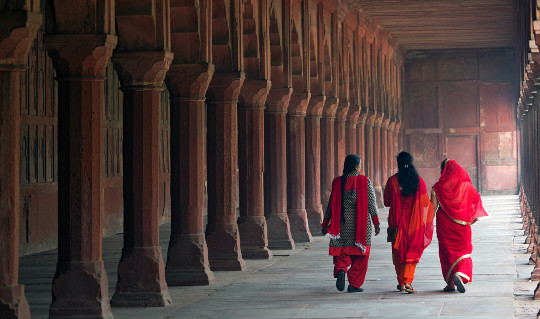 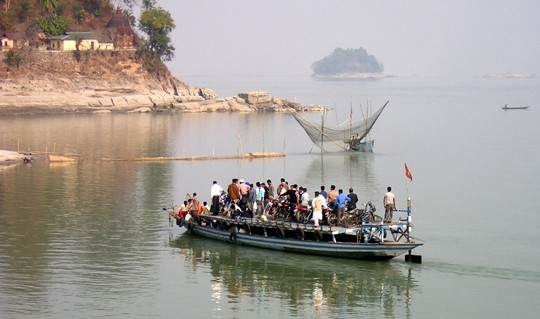 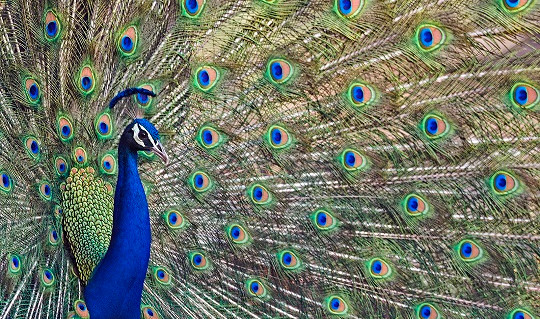 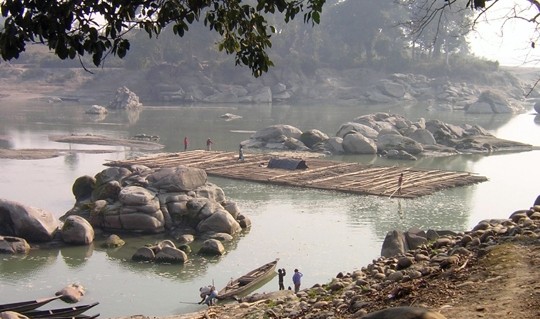 In January Richard Taylor-Young took a ten day cruise down the Brahmaputra River. Below he shares some of the highlights in these excerpts from his diary:

“Wildlife, wilderness and the spirit of exploration were the main features of our Brahmaputra cruise — it was an absolute delight, with attentive and welcoming hosts, excellent food and conversation with our fellow passengers, dramatic scenery and fascinating shore excursions. The pace of life in Assam, a lesser known part of North-East India, is slower than elsewhere and there was barely a tourist to be seen!”

We flew into Dibrugarh from Delhi to be met by Babu Das, one of our charming hosts and the ornithologist on board, for the minibus drive to Neamati. The boarding place can vary, depending on the river level. We are on board the spacious RV Charaidew, which has 12 excellent double cabins with all the facilities you would expect, a large sundeck with shaded and open seating areas, a pleasant dining room and a saloon and bar. The food is delicious — a mixture of Assamese (milder than most Indian cuisine) and European, and the staff delightful – the manager employs local people and trains them from scratch, rather than bring in trained staff from elsewhere.

Off on our first excursion this morning, to Sibsagar, one-time capital of the Ahom kings of Assam, to see the large complex of temple buildings and the largest hand-excavated lake in the world. Back to the ship and lunch while we cruised downstream to moor against the bank on Majuli Island, supposedly the world’s largest river island, and a busy, bustling community. At any time we are welcome on the bridge to meet the pilot and ship’s officers and hear something of the difficulties navigating the river, where the sandbanks are constantly shifting. Our ‘country boat’ is alongside and is used to ferry us to the bank for shore excursions. The river bed is often 20 or 30km across, an empty world of water and sand banks as far as the eye can see. There’s marvelous bird life to see and also the occasional gangetic dolphin.

The days begin and end early, with a cup of tea at 6.30am, and then breakfast before our departure for the first excursion ashore or watching the ship get under way. Yesterday we saw something of Majuli Island and its unique Hindu monasteries famous for their dance drama performances, where a spectacular show was put on for us. We visited a monastery with a modern museum alongside which had a superb display of items. Today has been spent mostly on the river enjoying the scenery from the sundeck, with ever more sandbanks and many new birds. This afternoon we visited the tribal village of Jamuguri.

Up at 4.30 am to be back in Kaziranga National Park for a truly magical early morning elephant ride. In the misty dawn light we set off through the long grasses, around lakes and trees, seeing many different animals. Breakfast was at a nearby small hotel before going on to a house where an enterprising lady has established a weaving school for local girls. We then lunched in style at the Diphlu River Lodge on the bank of the river and watched a huge 70-year old elephant being washed and scrubbed by its mahout — clearly thoroughly enjoying itself! On our two park safaris we have seen wild elephant, 49 rhinos (best ever for our naturalist!) swamp deer, hog deer, wild pig and just one big sambar deer to name a few. Sadly, no tigers, but marvelous all the same!

Back home, as Charaidew has become, for a welcome gin and tonic and a grand barbecue set up on our sandbank with a roaring bonfire and a terrific performance by a local music and dance troupe! By the end of the evening all the guests and half the crew had been dragged into the fun!

Our last day started with a visit to Sualkuchi, a village devoted to the production of beautiful silks. The skills of the people and the complexity of the looms — all wood and string! — was amazing, with the most beautiful things being made, some of which we were able to buy.

Back for lunch and off on our final short leg of the journey to moor at Pandu, on the outskirts of Guwahati. Lots of interest here, women washing clothes at the edge of the river, a huge bridge across it carrying both vehicles and immensely long trains. Some of the huge rafts made up of about 70,000 bamboos, which we had seen days before floating steadily down the river, caught us up at last! Then into town, first visiting the huge Kamakhya Temple on the Nilachal Hill — it was crowded and animal sacrifices are carried out there, but that is part of life in India! Afterwards we had a moving visit to the Commonwealth War Graves Cemetery in a tranquil part of the town.

Another surprise last evening — a special farewell dinner with our splendid hosts and we all felt very sad to say goodbye today.

A bonus, sitting on the right hand side of the aircraft back to Delhi, was seeing the Himalayan Mountains in the distance, gleaming in the sunshine. A fitting and uplifting farewell to Assam, its mighty Brahmaputra River and a trip of a lifetime.